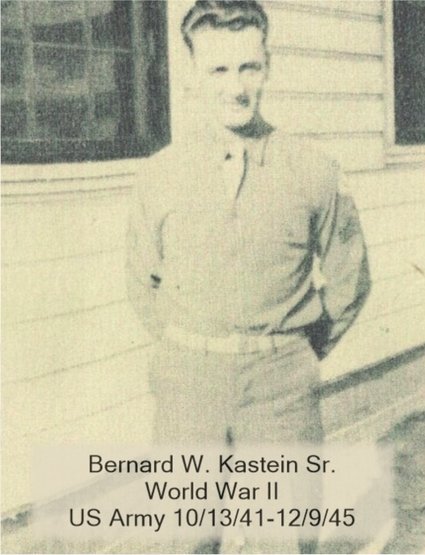 The overall organization, administration and conduct of a war the size of WWII are monumental tasks.  It is easy to imagine that a crucial part of the effort could be missed or forgotten until late in the process.  Because of the difficulty of “catching up” with the preparation of a crucial element of the war effort, it was necessary to prepare from the beginning.  One such necessity in the eventual effort in the invasion of Europe and defeat of the German Army was the providing of a defense against enemy attack through the air.  While enemy ground attack is unlikely in rear areas, until the enemy air power is totally neutralized, all areas, including rear areas, have to be protected against enemy attack from the air.  Until that time, all elements of the war effort cannot proceed in a consistent and orderly manner.  To do this, antiaircraft gun battalions were formed out of the artillery for their very important role in the counterattack to move the German Army out of Europe back into Germany.

In August 1943 at Cape Cod, Massachusetts, the life of the 133rd AAA Gun Battalion began its preparation for the huge inevitable operation looming larger and larger in Europe.  It was an unusual beginning for the battalion in that to make up the battalion the incoming soldiers were experienced soldiers as well as raw recruits.  Among the experienced soldiers was Sergeant Bernard Kastein from Springfield, South Dakota.  Bernard Kastein had been working on a farm near Hull, Iowa when the war broke out and he entered the service on October 13, 1941 at Fort Crook, Nebraska.  After taking his basic training at Fort Leonard Wood, Missouri, he was sent to Fort Sill, Oklahoma for advanced training.  Bernard spent the next year at Camp Wallace, Texas and Camp Tyson, Tennessee until he found himself at Camp Edwards in May 1943 preparing the 133rd for important work in Europe.

Because of his experience, Sergeant Kastein was involved in the basic training of the raw recruits.   Kastein found himself tested as he tried to stay ahead of recruits such as an Olympian who was preparing for the Olympic tryouts before the war interfered.  In early October of 1943, the 133rd phased out of basic training into learning the artillery part of what was to become their main mission.

On April 22, 1944 Sergeant Kastein and the rest of the 133rd boarded a train and moved from Camp Edwards to Fort Bragg, North Carolina.  By now, Sergeant Kastein had been assigned to “D” Battery.  After a few months of training and right after D Day, Kastein, his battery and the rest of the battalion were moved to Camp Shanks in July for shipping off on July 20 to Europe on the “Mauretania.“

The 133rd arrived in England on August 1, 1944 and began 23 days of preparation for the move unto the continent and for their first taste of the war.  With the opening of the gigantic hinged gangways, the roar of the engines began and by 4:30 of the afternoon of August 23, 1944, Sergeant Bernard Kastein and “D” Battery of the 133rd AAA Battalion hit the beach in France ready to fulfill its allotted tasks.

The 133rd was attached to the IX Air Defense Command part of the Ninth Air Force.  Its first mission was to protect Omaha Beach from air attack.  Even though it was close to three months after D-Day, Omaha Beach was a bustling very active and important installation used for bringing in all the supplies vital to the operations on shore.  Because the enemy air threat was somewhat neutralized, the 133rd provided a secondary role as provisional truck drivers helping to move vital supplies.  Even more important than Omaha Beach was the nearby port at Cherbourg, where on September 30, Sergeant Kastein and the entire battalion were sent to provide air and seacoast defense.  The mission for the entire 133rd remained the protection of Cherbourg until January 1, 1945, when Sergeant Kastein and “D” Battery said goodbye to the rest of the 133rd battalion as it joined the rest of the allied forces chasing the German Army across and out of Western Europe.  Kastein’s Battery “D” remained at Cherbourg until April 26, 1945 as harbor defense of the supply port.

On April 26, 1945, “D” Battery left its mission at Cherbourg and made the 700 mile journey to rejoin the rest of the 133rd battalion at Bingen, Germany.  For the next month, the 133rd AAA Gun Battalion experienced Germany’s surrender on May 7 and was involved in various low key missions bringing the battalion to Munich on May 24, 1945.

Sergeant Kastein experienced much during his time in Europe--some of it surreal.  On one of the missions, he moved with his platoon up the Ruhr Valley.  As they   rested along a street leaning against a white picket fence, a woman came out with her broom and wanted them off her fence. Bernard looked at the mailbox and the name on it was Odens. He'd been engaged to an Odens for four years and a very odd feeling passed through him.

On November 25, 1945, Sergeant Bernard W. Kastein began the long journey back to the United States, arriving on December 3, 1945.  He had just completed the adventure of a lifetime and had done his part in ridding the world of the Hitler menace.  Sergeant Kastein was discharged on December 9, 1945 and returned to Springfield where he raised a family and spent the remainder of his life farming, working for the United States Department of Agriculture and as custodian of the Springfield Schools.  In his four years one month and 27 days, he had experienced danger, adventure and the fraternity and close friendship that can only exist between men thrown into the situations Bernard found himself.