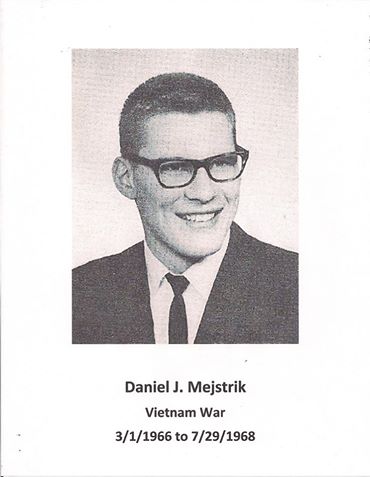 At the end of January 1968, to affect the momentum of the war, the North Vietnam and Viet Cong Armies made their boldest and fiercest move thus far in the war; The Tet Offensive.  Throughout the whole of South Vietnam, the two enemy armies rose up and attacked the leadership of the South.  The idea was to decapitate the South’s ability to defend itself by eliminating the leadership and to demoralize the population by inflicting a huge defeat on the South.  The uprising was quickly put down everywhere, except Hue.  The new part of city of Hue and the ancient Citadel containing the Imperial Palace straddled the Perfume River and may have been the prettiest of the Vietnam cities.  Hue would prove to be, in 26 days of house to house fighting, one of the fiercest battles in the Vietnam War.

Among the units tasked to retake the city of Hue were the three battalions of the Fifth Regiment of the First Marine Division. The hospital corpsman (medic) attached to third platoon of D company of the First Battalion of the Fifth Marine Regiment was Dan Mejstrik of Springfield, South Dakota.  Dan had been working in the oil fields of Wyoming in 1966 when it became apparent that he was going to be drafted.  Instead, Dan enlisted in the Navy to become a hospital corpsman, the navy’s version of a medic.  Dan was inducted into the Navy in Rapid City, South Dakota on March 1, 1966.  He took his basic at the Naval Training Center and hospital corpsman training at Mission Hospital, both in San Diego, California.  His first assignment was in Japan for ten months working as a hospital corpsman in a hospital there.

Dan volunteered for duty in Vietnam.  To prepare him, he attended some short schools to prepare him for life in the jungle as a hospital corpsman (medic) for a marine unit engaged in combat.  He arrived in Vietnam in the fall of 1967 and joined his unit already in combat in the “bush” of Vietnam.  In Vietnam, Dan’s unit was involved in various combat activities and during a patrol his platoon was passing a stopped line of military trucks when Dan noticed a familiar person in one of the trucks.  On closer look, he realized it was Larry Talsma, a good friend from Dan’s home town, Springfield.  The reunion was brief but gave Dan a big lift in his spirits.

Patrolling continued for Dan until January 31, 1968 with the beginning of the Tet Offensive centered at Hue.  The Viet Cong and the North Vietnam Army had completely overrun Hue and Dan and the First Battalion of the Fifth Regiment found themselves in the middle of it all.  The Tet Offensive was over in less than a week in the rest of South Vietnam.  However, the enemy overran the entire city of Hue.  As the battle raged, the enemy’s stronghold developed north of the Perfume River that cut Hue into two parts.  The South Vietnam Army was tasked to clear the enemy out of that part of Hue north of the Perfume River and the Americans were to handle the part of the city south of the river.  When the South Vietnam Army failed in its attempt to move the enemy out of its stronghold north of the Perfume River, the first battalion (Citadel Battalion) of the 5th Marines (Dan’s unit) was sent in to do the job.  It would take 26 days of fierce house to house fighting to eject the enemy from Hue.  The Marines were not trained for house to house combat so they had to improvise as the battle raged on.  The marines eventually learned to use their superior fire power to neutralize a house and then cautiously entered and eliminate any of the enemy still there.  The battle at Hue is considered one of the fiercest, if not the fiercest, battles fought in the Vietnam War.  Half the marines joining the fight would be wounded or killed.

Commonly called “Doc” by the foot soldiers, hospital corpsmen were practically worshiped by the soldiers.  The Marines are a tight group and hospital corpsmen were protected like family. The marines realized how important the job was and the courage it took to care for others in battle with their backs (and attention) turned away from the enemy while applying first aid and patching up the wounded until help could arrive.  They were easy and favorite targets for the enemy during combat.

The bulk of the fighting to retake Hue was nearly over on February 21, when a random incoming RPG round landed near Dan seriously injuring him and six other marines.  Not initially realizing the extent of his injuries, Dan went about his duties tending to the other wounded before realizing that he had sustained serious injuries.  At that point, he directed some of his fellow marines to patch him so he could be evacuated.  The war was over for Dan with many months of extensive rehabilitation ahead of him.  He was discharged from the Navy on July 29, 1968 and returned home.

By the end of the Tet Offensive, the Communists had been administered a horrible tactical defeat.  The Viet Cong were never again an effective fighting force in the South and the North Vietnam Army (NVA) had to assume the bulk of the fighting in the war from that point on.   In addition, the NVA had been delivered a blow that would set them back for quite some time.  Dan Mejstrik, the 5th Marines, the First Cavalry, and the 101 First Airborne had been given a job to do and along with the United States Military in the whole of Vietnam had delivered to the US civilian leadership a completely destroyed Viet Cong and a severely bloodied North Vietnamese Army.  Dan Mejstrik can be proud that he played a small, but important, role in helping the US Military succeed spectacularly in the job it was given during the Tet Offensive in 1968.