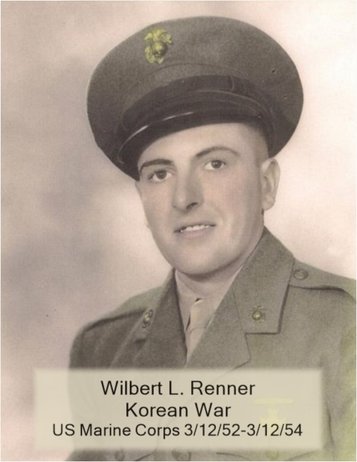 The end of the Second World War meant peace and prosperity for Americans and many other people around the world. Yet, for the Koreans, it represented difficulty. Korea was part of the Japanese empire throughout the first half of the 20th century. When Japan fell during the Second World War, Korea was suddenly free, and hoped to finally be able to decide the fate of their country. Most Koreans campaigned for a unified state. However, the United States and the Soviet Union had different ideas. The Soviets wanted to expand the sphere of communist influence into Korea. The United States countered by encouraging the establishment of democracy. Additionally, the United States stressed the importance of containment, which was a foreign policy used to prevent the spread of communism.  This disagreement would eventually lead to the Korean War.

At the Potsdam Conference in 1945, the Allies decided to split Korea into two parts at the 38th parallel. North Korea became a Soviet-supported communist regime under the leadership of Kim Il-sung; South Korea became a U.S.-supported democratic state under Syngman Rhee. After the division of Korea, Kim Il-sung looked to unify the nation. He garnered support from the Soviet Union and China to launch an invasion in South Korea and remove those who supported Syngman Rhee's policy of democracy.  Armed with Soviet rifles and tanks, North Korea crossed the 38th parallel on June 25, 1950; the war was underway.  President Harry Truman viewed the situation as more than just a war between two nations. He feared the North Korean strike was the first step in an international communist takeover led by the Soviet Union.  In response, Truman cited a 1950 National Security Council report known as NSC-68, which called for military force to contain communism. The President and other top officials saw the conflict as an opportunity to declare war against communism.  The United States, acting under the auspices of the United Nations, quickly sprang to the defense of South Korea and fought a bloody and frustrating war for the next three years.

Wilbert Renner was far removed from the war escalating in Korea. When the war began, Wilbert was a farm hand in the Ree Heights area of Hand County, South Dakota.  He worked on his father’s farm and also rented another.   But early in 1952 Wilbert’s life was changed when he received his draft notice.  He was subsequently inducted at Sioux Falls into the U.S. Marine Corps on March 14, 1952.   Renner was sent to Camp Elliot, a Marine boot camp near San Diego, and received his basic training.  Upon completion of his basic training, Renner was assigned to the 9th Motor Transport Battalion based at Camp Pendleton in Oceanside, California.  Wilbert was a truck driver and remained at Camp Pendleton with the 9th Motor Transport for the remainder of his two year active duty enlistment.

Wilbert drove International trucks, the Marine standard 2 ½ ton truck, and also jeeps.  As a truck driver, the daily routine typically consisted of reporting for the order of the day by 8 pm each morning, receiving his assignment and then driving the transport vehicle necessary to complete the assignment.  He rarely knew in advance what the daily assignment would be as the need for motor transport was fluid, dependent on the most urgent need.  Sometimes he was to transport troops to the San Diego debarkation yards  where  troops would be loaded on transport ships for overseas duty to Korea and elsewhere.  When Wilbert was driving troops, they would leave Camp Pendleton at 11 pm.   Often Wilbert’s assignment was to load his truck with groceries and other supplies from the Marine warehouses at Camp Pendleton and deliver those goods to the commissaries and mess halls at the camp.

Reliable motor  transport of men and material from where they happened to be to where they needed to be was  vital  to U.S. military operations in the Korean War, as it has been in all wars, since motor vehicles became the primary means of ground transport.   Without logistically efficient and effective transport of the supplies, equipment and troops necessary to wage war, it would be impossible to conduct war.  Wilbert Renner and the 9th Motor Transport Regiment served as an important part of the massive effort to fulfill this need.   They were literally the wheels that moved the war machine.

The fighting ended on July 27, 1953, when an armistice was signed. Terms of the armistice included creation of the demilitarized zone, the DMZ.   Each side is 2,200 yards from a center point. To this day, the DMZ is patrolled by both sides at all times.   Wilbert, after two years of active duty service, was honorably discharged from the 9th Motor Transport Battalion and was released on March 13, 1954.  Wilbert served in the Marine Reserves for another six years.   He returned to Ree Heights and found a job with the Hand County Highway Department.  He later married and went to barber college.  He completed his barber apprenticeship in Menno and Yankton S.D.  In March 1959, he bought the barber shop in Springfield and relocated his family there.  Wilbert was actively engaged in the barber profession for almost 60 years.  He is now retired, and he and his wife Eleanor continue to live in Springfield.
Jim Kirk