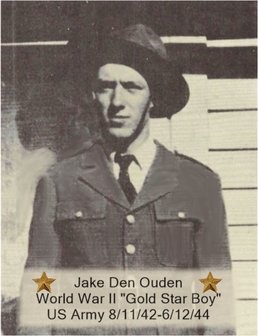 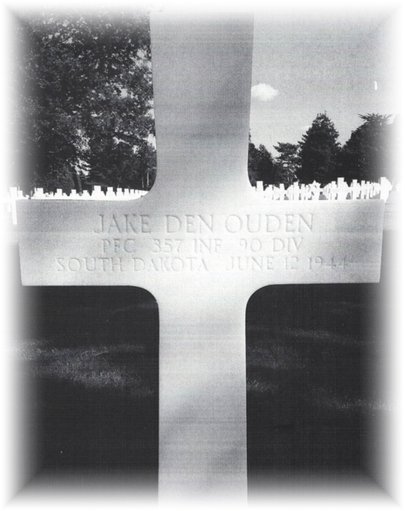 On June 6, 1944, the beginning of the end of the German threat to the world began with a massive invasion by the allied forces off the northern coast of France.  In order to engage and destroy the Wehrmacht on the European continent, the allies had to get a position on the continent to launch their strikes against Hitler’s army.  Normandy, on the northern coast of France, was chosen to establish a toehold for the allies to land 175,000 men in one day against the defending Germans in what would become known as the biggest and most prominent battle in American history.

The invasion on D-Day at Normandy has received most of the attention in history.  It established a beachhead-staging area for the allies.  The toehold had to be expanded and in the ensuing days, vicious battles, that have been long forgotten in the shadow of the Normandy invasion, were fought to expand the beachhead.

Two days after the Normandy invasion, the 357th Infantry Regiment went ashore at Utah beach.  A member of the 357th Regiment was Jake DenOuden, from Springfield, South Dakota.  Jake grew up on a farm West of Springfield and was working for area farmers before he entered the service on July 11, 1942.  He took his basic training at Camp Barkley, Texas.  After basic training, Jake took part in live-fire exercises at Camp Bowie, Texas and spent two months near Leesville, Louisiana engaged in unit maneuvers against other similar units.  Jake spent the rest of 1942 and all of 1943 until September 11, 1943 at Camp Barkley taking part in advanced infantry training.  At that point and until the end of 1943, the regiment made a trip to Camp Granite, California for desert warfare training and to Salome, Arizona for regimental combat team training.  After completing the training, the regiment traveled to Fort Dix, New Jersey to prepare for the trip to Europe.  The 357th Infantry Regiment and Jake DenOuden were now ready to do their part in the war.

On March 22, 1944 Jake and the 357th Infantry Regiment boarded the “HMS Dominion Monarch” from the New York port of embarkation and set sail for England.  After arriving at Liverpool, England, the regiment immediately trained to Kinlet Park where it began intense training and waiting for their call to the battle.

On June 4, 1944, Jake and his regiment boarded two ships and sailed towards France ready to enter the fray when directed.  On June 8, 1944, two days after the invasion, as dawn came, the sight of Normandy greeting Jake and the 357th Infantry Regiment was indescribable.  Ships and planes were everywhere.  At 0930, the ships dropped anchor at Utah Beach, still under fire.  Jake and his regiment moved inland through existing units to take up the fight and expand the allies’ toehold.   For the next few days, the enemy’s defensive line was reached and one of the worst baptisms by fire by an American Infantry Unit in history was realized by Jake and the rest of the regiment.  Frontal assaults were necessary against the enemy’s entrenched positions and fanatical resistance.  On June 12, near the end of this brutal battle, Private Jake Den Ouden was KIA in his fox hole as the regiment was attempting to move the Germans out of their entrenched positions.  By the 13th the Germans had been moved out at a four-day cost to the 357th      Infantry Regiment of 133 killed and 570 wounded.

Private Jake DenOuden was posthumously awarded the Purple Heart and was buried at American Cemetery at St. Laurent-sur-Mer, France at Plot E. Row 2, Grave 29.  At a great loss to his family, he had done his duty and made the ultimate sacrifice in serving his country.